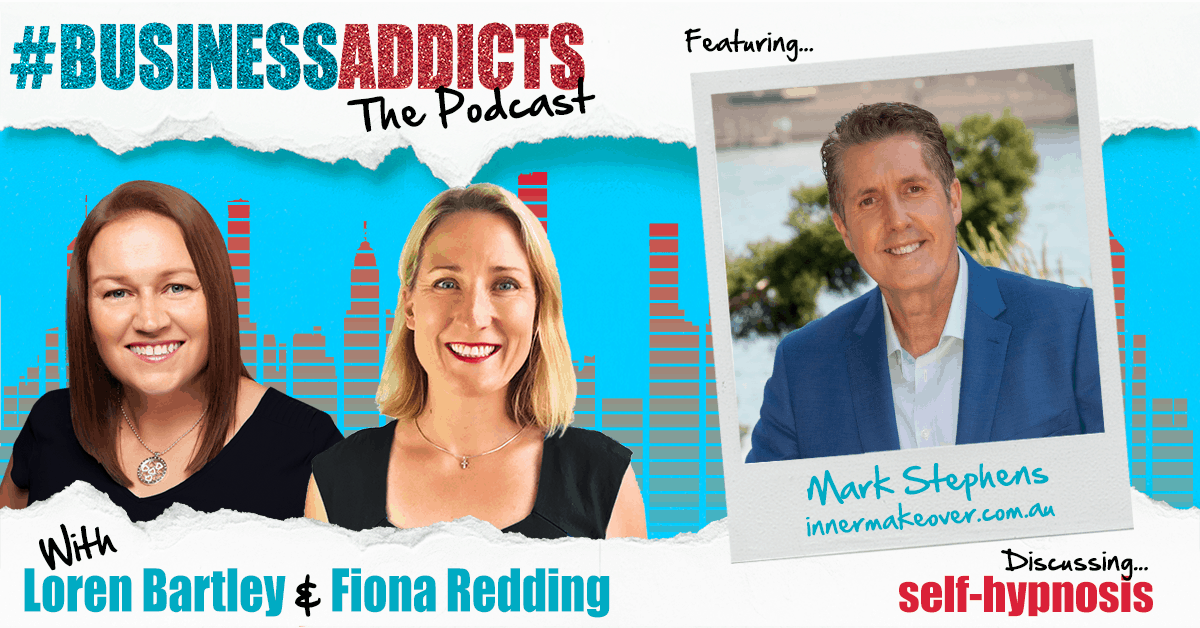 In this episode Mark Stephen talks about self-hypnosis, sharing insights into how it can be used as a tool for reducing stress, weight loss and other issues in your life.

Mark Stephens first started using meditation to help control his severe asthma attacks at the age of 8. He then went on to study meditation under Chinese teachers, Japanese masters and Tibetan monks. He is a Ju-Jutsu Black Belt, bestselling author and leading hypnotherapist.

In 1990, he was given a possible six months to live with a rapidly growing second-stage lymphoma. 27 years later, thanks to a combination of eastern healing methods, complementary treatments and the best of western medicine, he now has a clean bill of health and inspires other people to transform their lives through hypnosis and motivation programs.

END_OF_DOCUMENT_TOKEN_TO_BE_REPLACED 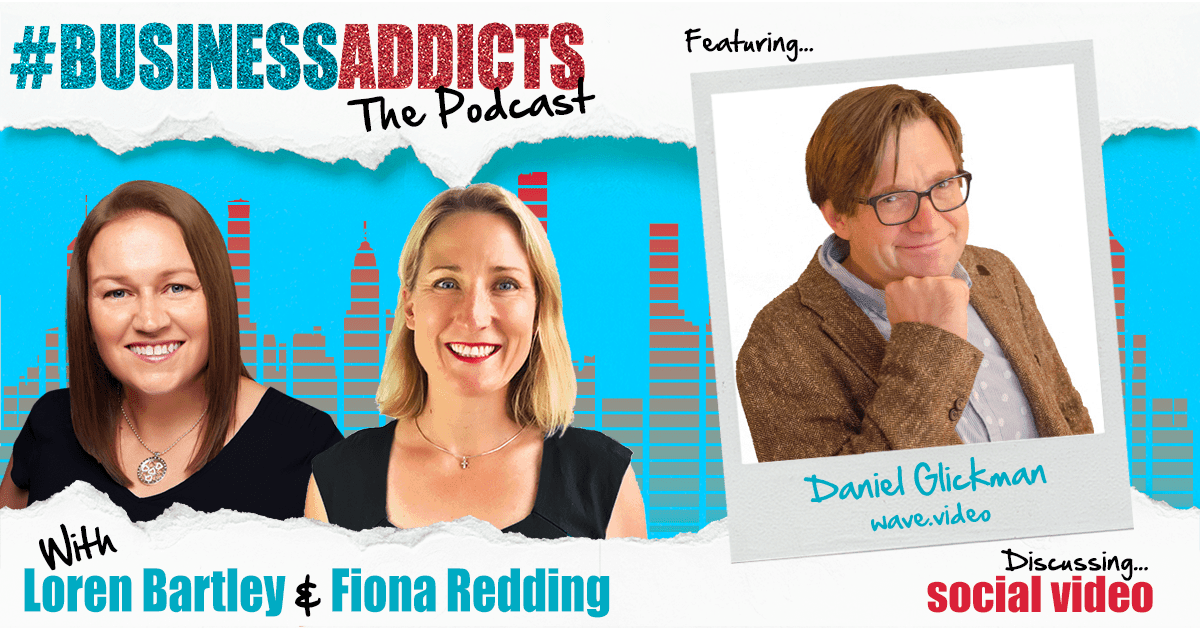 In this episode Daniel Glickman from Wave.Video talks about social video, sharing insights into how to get the best results from the video you are creating for sharing on social media.

Daniel Glickman is an internationally recognized marketing leader, speaker, and author. As CMO of Wave.video, an innovative video solution for creators and small businesses, he leads and manages digital marketing, advertising, and PR activities. With over two decades of experience in marketing, sales, and brand promotion, Glickman is known as a leader who is committed, charismatic, and “profoundly creative.” He enhances communication across teams and drives customer-centric processes to create new sales channels, disrupt markets, and help build highly profitable companies by leading the marketing department to “own the P/L”.

END_OF_DOCUMENT_TOKEN_TO_BE_REPLACED

In this episode Matt Clark talks about how to generate high value leads using LinkedIn, sharing insights into how to connect with, communicate with and convert your ideal customers using LinkedIn.

END_OF_DOCUMENT_TOKEN_TO_BE_REPLACED

In this episode Peter Engelhardt talks about business branding, sharing insights into how you can transform your business into a brand.

Peter Engelhardt is a brand consultant and entrepreneur focused on strategic branding and design for small to medium sized enterprises. He is the founder and CEO of Creative Brew, a strategic design agency that helps entrepreneurs and business creators who want to transform their businesses into industry leading brands.

Peter and his team have also developed the world’s only interactive eTool, Plan2Brand. Designed to make it easier for business owners to understand brand strategy it guides users through the process of crafting a meaningful strategic roadmap.

Peter is also the Author of ‘Differentiate to Dominate,’ and blogs regularly on brand, design and strategic thinking.

END_OF_DOCUMENT_TOKEN_TO_BE_REPLACED

In this episode Paul Dunn talks about business for good, sharing insights into how you can embed giving habits into your business that generate social impact and connections, which are in turn good for business.

Paul Dunn is a 4-time TEDx speaker and a hugely respected and admired business leader. He is a Senior Fellow in one of the World’s Leading Think Tanks and consults to and mentors leading-edge businesses around the world.

He is Chairman of the B1G1: Business for Good, the Global Giving Initiative that’s already enabled businesses to create over 170 Million giving impacts globally and he frequently travels around the world inspiring businesses with B1G1 and his amazing business insights.

END_OF_DOCUMENT_TOKEN_TO_BE_REPLACED

In this episode Anton Kraly talks about Drop Shipping, sharing insights into how you can create profitable eCommerce businesses by leveraging high-ticket drop shipping.

Anton Kraly has been a serial entrepreneur for more than a decade, finding success building and selling multiple seven-figure businesses. In 2013, he started Drop Ship Lifestyle to teach people how to create profitable eCommerce businesses by leveraging high-ticket drop shipping. Voted “Best eCommerce Course” by Shopify in 2018, Drop Ship Lifestyle is now the top online eCommerce coaching program and has helped more than 8,000 students in 25 countries to find freedom through entrepreneurship.

END_OF_DOCUMENT_TOKEN_TO_BE_REPLACED

In this episode Nathan Hirsch talks about Remote Staff, sharing insights into how you can use remote staff to scale your business.

Nathan Hirsch is a serial entrepreneur, expert in remote hiring and eCommerce guru. Selling online since 2010, Nate has sold well over $25 million worth of product through his eCommerce business. He is now the co-founder and CEO of FreeeUp.com (yes you see 3 Es there – it’s an eCommerce thing), the hands-on hiring marketplace connecting hundreds of online business owners with reliable, pre-vetted remote workers. FreeeUp is redefining how businesses are able to hire remote freelancers online.

After building a team of over 30 remote workers, Nathan found he needed a system to make remote-worker hiring better and scalable. He founded FreeeUp. com, specializing in assisting eCommerce and digital marketing businesses remove the hassle of having to recruit and interview before making a reliable hire. Less time recruiting & interviewing means more time making money. Nathan understands the frustration: he and his business partner faced the same struggles with hiring online and wanted to redefine the way it was done.

You can find Nathan on leading podcasts, such as Entrepreneur on Fire, Eventual Millionaire, and many more, speaking about online hiring tactics. He currently lives in Orlando, Florida.

END_OF_DOCUMENT_TOKEN_TO_BE_REPLACED

In this episode Dan Pinne talks about how to best use Facebook Messenger Marketing to improve your digital marketing efforts.

Dan Pinne is the Founder of Organik Digital, created to show businesses how to engage and convert their customers through Facebook.

Dan specialises in Facebook Ads for eCommerce businesses and has worked with businesses of all sizes and knows what challenges they face and how to provide solutions that speak to those pain points. Dan has been achieving some great success lately for his clients using Messenger Marketing.

END_OF_DOCUMENT_TOKEN_TO_BE_REPLACED

#BusinessAddicts is proudly brought to you by…